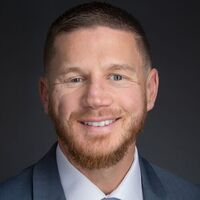 Full Name
Kyle Carpenter
Title
Medal of Honor Recipient, Author
Speaker Bio
While serving as a Marine rifleman in Afghanistan at age 20, on the morning of November 21st, 2010, Lance Corporal Kyle Carpenter’s squad was attacked by Taliban forces. During the attack, a live grenade landed between Kyle and a fellow Marine. In a courageous act to save his fellow Marine, Kyle threw himself on the grenade. Kyle’s injuries were severe – he was unconscious for five weeks and spent over two and a half years recovering at Walter Reed National Military Medical Center in Bethesda, Maryland. He had lost his right eye, most of his lower jaw and teeth, and his right arm was broken in 30 places. He went through roughly 40 surgeries during his recovery. During this grueling recovery process, Kyle’s spirit remained strong. He set several post-recovery goals for himself: run a marathon, earn a college degree, backpack through Europe, and go skydiving. After nearly three years of recovery, Kyle was released from the hospital at age 24 and has since been able to accomplish every post-recovery goal and many more. And on June 19, 2014, Kyle was awarded the Medal of Honor by President Obama for his self-sacrificing act of valor. Kyle is the youngest living recipient of the Medal of Honor, our country’s highest military honor.