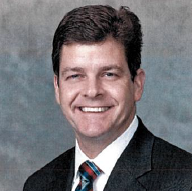 Full Name
Ed Lovern
Title
COO
Organization
Piedmont Healthcare
Speaker Bio
With more than 20 years experience in the healthcare industry, Ed Lovern is a seasoned executive who has succeeded in a variety of leadership roles. In July 2013, Lovern was named chief operating officer for Piedmont Atlanta Hospital, the 488-bed tertiary care hospital that is the flagship of Piedmont Healthcare, a $2.8 billion health system. From 2008 to 2013, he served as executive vice president and chief administrative officer for Piedmont Healthcare which has six hospitals and two large integrated physician groups across north Georgia. Lovern also served as president and CEO for Piedmont Mountainside Hospital in Jasper, GA, for four years. He is a fellow in the American College of Healthcare Executives and served as the chair of the editorial board for Healthcare Executive magazine. Lovern currently serves on the Boards of Odyssey Family Counseling Center and Jewish Home Life.